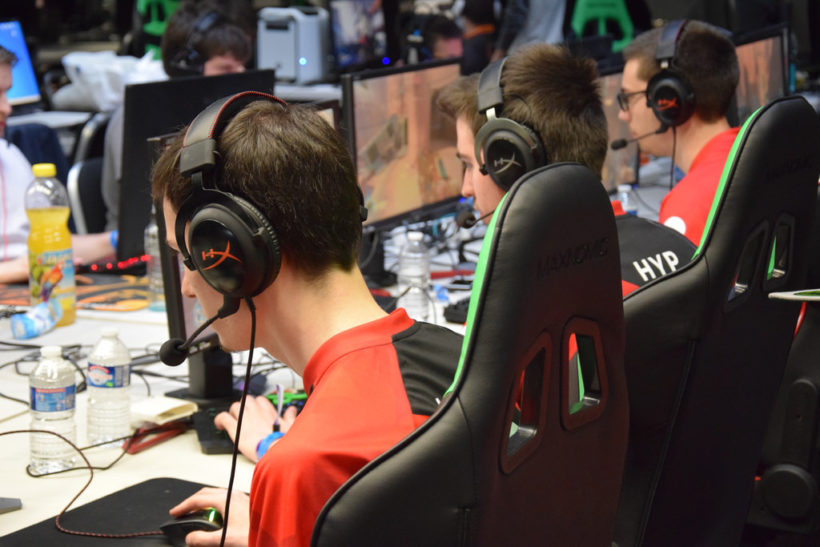 Several countries are already broadcasting it on national TV, the big media outlets are all covering the news sector, and many traditional sports teams have either already started, or announced that they will start, their focus on Esports. This including big football clubs such as FC Barcelona and Paris Saint German. By all this we know that there’s potential for a big business to further unfold, the question is, how big?

The Esport analysts Newzoo , released their 2017 Global Esports Market Report in February this year. It’s an interesting insight of the current Esports landscape and a thorough report of trends and realistic future predictions. Some of the key points include the amount of global Esports audience. The audience will already reach 385 million during 2017, an audience which is made up partly of one-half enthusiasts, and another half occasional viewers.

The report from Newzoo taking into account viewers of amateur leagues and championship for the audience scope. And for the revenue scope they have focused only on the professionally organised esports teams, leagues, and events.

One of the big points made in the report is the fact that many of the big European Football clubs are launching esports leagues and teams. This is believed to accelerate the development of the global esports industry. With well-known and respected brands, the new founded teams within the clubs should likely attract new and current fans to follow the sport. The experience in packaging, marketing and selling the new Esports team will be extremely valuable for the clubs tapping into the industry. The ageing fan base is also mentioned as a factor. With new Esports organisations, there’s a bigger chance to acquire a younger fan base.

“The idea is to bring the club to a large number of people who don’t know anything about football.”

“It’s more than a marketing stunt.”

“Football clubs see this opportunity as a strategic part of their franchise. Sports clubs are now dependent on revenues that come from areas outside of their league so this is their marketing objective.”

The expectations for the future with the alternative teams connected to the already established once, according to Warman, are huge.

Where the money goes

In the report from the analysts, they break down the current revenue split into five parts. Media Rights, Advertising, Sponsorship, Merchandise and Tickets and Game Publisher Fees. The biggest factor is Sponsorship, accounting for 38% of the revenue. It’s expected to grow to $266.3M during the year, which is an increase of 57.7%. However, the biggest expected percentage increase comes from Media Rights which is expected to grow 81.5% year on year. Even if it’s not a profitable business to for example the game publishers, it’s positive impacts on game revenue and future potential makes it for most game publishers still a solid investment.

There’s still a need to organise the whole movement, as there’s no equivalent structure as in the world of football and other big sports, it’s still likely to take some time and a lot of effort to bring it to the same level of organisation. Warmans take on the future events of Esports could be summarised with his beliefs in a Esports World Cup in a not so distance future.

“We already have world championships for individual games”

“I think we will see events of a similar size to the World Cup of football. It will take a year or two to structure that. We will need to have qualifying rounds by country and by region for that.”